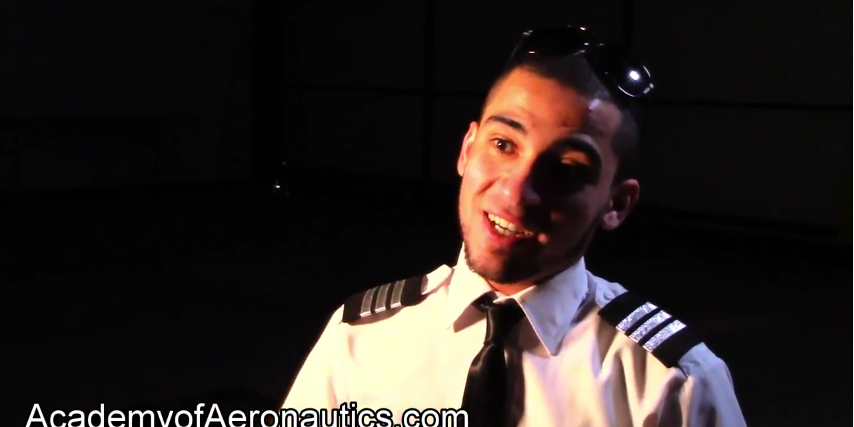 The general consensus on a pilot’s attitude is someone who is cool, calm, collected and confident under pressure. But more could be said.

‘What’s the use? Forget it I give up!’
When operations at the flight deck don’t go as planned or when confusion arises, it is human nature to blame it on fate. However, in aviation ‘leaving it to fate’ might and most probably compromise the safety of the flight. It is essential for all pilots to remain proactive and also reactive.

Antidote: The countless SOP’s, rules, regulations that have been placed for flight operations were formulated to assist flight crew to tackle and troubleshoot every possible. One must think: I’m not helpless, I can make a difference. Sometimes outside pressures will push you to leave the final go-no-go decision to an external factor instead of keeping to a safety mindset and decide for yourself if a flight is safe.

‘Why should I listen to you?’
This attitude usually surfaces upon people who have non-conformist tendencies. Pilot that express such an attitude are usually resentful towards comments and/or advice from others, be it superiors or subordinates. They also tend to disregard operating procedures, rules and regulations. However, there is a fine line that lies between ‘anti-authority’ and the natural prerogative to question to authority especially when there is an error suspected. Many mistake anti-authority as a solution to balance out the ‘power gradient’ in the cockpit. Hence it is only wise for pilots to bring up issues that they feel go against protocol after checking and rechecking.

Antidote: Follow the rules, they are usually right. Do not let your independence bend the rules to get your way, as it will backfire.

‘Do it QUICKLY!’
This occurs to pilots who feel the need to do anything, immediately. Such people who display such attitude work on the concept that ‘doing something is better than doing nothing’. Such an example of impulsivity occurs particularly in the ab-initio stages of flight training. Acting on impulse is dangerous as it usually involves uncalculated and irrational actions.

Antidote: Not so fast, think first. Most situations in the cockpit do not require one second snap decisions and the pilot has time to evaluate and choose an action.

‘Nah I don’t think it’ll happen to me!’
Despite the fact that mishaps in aviation do have a rather low percentage probability, many still rest assured on this fact and oft take it for granted. Such attitudes would compromise vigilance and cause pilots to overlook certain issues that they feel are of less importance (going thru checklist twice, good lookout). Remember accidents can happen to ANYONE!

Antidote: It could happen to me. Because you never had an engine fail or weather turn bad it does not mean it will never happen to you.

‘Come on! I can do this!’
Pilots have a tendency to show how good they are. Many associate this attitude with males (especially those who display alpha male characteristics) but such an attitude can also happen in females. It occurs when pilots are trying to prove themselves in the wrong way, which often results in taking unnecessary risks.

Antidote: Taking chances is foolish. Although a certain amount of confidence is required for flying and you are feeling more capable when your skills improve, it is important to keep a realistic view.

Here are some positive attitudes that a pilot can have:

Manage stress and consider safety first. Many responsibilities fall on the shoulders of an airline pilot. Composure is critical.

Passion for flying is a strong asset to have. It guaranties optimal learning and practices.

Another great attitude to possess is: Discipline. There is no substitute for a strong discipline. When you are flying, you are on your own. There is no one to tell you what to do or what not to do. Pilots therefore have to be disciplined and follow a set of rules, which is the “standard operating procedures.” Discipline will also make you knowledgeable, meticulous in your work and help you to learn from experiences.

The ability to be “self critical” is a great attitude to have. Pilots must continuously be in the business of mentally reviewing each flight. They need to be self critical of everything they do in or around the aircraft. This applies not only to how to fly the airplane but how to think and plan as well. Pilots should be constantly reviewing their conduct to see if they can recognize areas that may lead into trouble. This includes the ability to take responsibility for his own flying errors. The most dangerous pilots are those who blame outside factors for their flying problems. You must look deeper than a “gusty crosswind” to find the cause of a bad landing. Maybe the decision to fly today was a bad one, maybe I need more crosswind training, maybe I do not know the limits of my airplane, or maybe I should have landed on a different runway. You can bet the crosswind will be back again someday so an honest analysis today will make a better tomorrow. A pilot who will not accept responsibility for his/her errors cannot correct them.

Learning how to behave as a pilot starts at flight school. Students can work on their attitude from the first day.

Being responsible starts at school. There is a lot to learn in a short amount of time. Having the head in books all the time and being self-studying are a very good start.

Listening carefully to instructors is also the safest and best way to learn.

Being prepared before classes and flights will help safety as well as knowledge.

Should you want to become a professional pilot, feel free to read our blog post: How to become an airline pilot